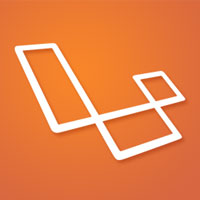 In this guide I walk through the steps I took to bring my Laravel 4 codebases bang up to date. Intended audience:

With much fanfare Laravel 4 was released to the world in stable form on 28th May 2013. The Laravel 4 dev branch is committed and tagged 4.0. 4.1 is already cooking, with developer-stable interim releases happing weekly or faster. So you want to bring everything nicely up to date without breaking your code?

Backups. Make 'em before anything else

Probably the most important rule before you start goofing around with your source branches. Make a backup and keep it safe. Choose whatever you're comfortable with, zip, tar, rar, whatever. Depending on how you're using git or other version control, you could rely upon that for this purpose, but my preference is to have an additional layer of backup before any major changes, adopting the KISS approach. Just make sure your entire L4 directory branch is backed up and labelled in a manner that makes sense to you.

...and here's why. The first reason is that L4 brings with it some increased complexity due to its modular architecture and dependence on third-party components. The second is that your pre-4.0 L4 codebases are "unstable". I put that in quotes because I found the code to be production ready and runtime robust/stable for quite a number of weeks before the release. I mention it because as such things can (and did) change. Some changes affected the L4 API and however small these changes could break your code. Thanks to the skill of the L4 team and the quality of their work, these things will likely be pretty easy to fix so long as you're not working with really early L4 code.

There seems to be quite some confusion surrounding updating Laravel 4, largely due to misunderstandings about what composer update will and won't do. It will update everything under /vendor, which includes the laravel framework, but won't update anything else - ie. the laravel app skeleton you fleshed out for your killer app. So to completely bring everything up-to-date, the following needs to be done:

Depending on the complexity of your app, steps 1 and 3 will likely be the most involved. All the above steps can be carried out in a number of different ways, and git is your friend for this kind of work. But for this exercise I'm going to assume you're working mainly on a Windows box and without convenient access to git. I'm doing it this way because others have covered the git way of doing things (links to other helpful articles at the bottom) and not everyone is with the program when it comes to vcs and/or using git. Life isn't about discrimination :)

There are a few ways to skin this but essentially they all boil down to the same thing: the L4 app skeleton contains all the stuff you're likely to have modified while developing your worldbeating facebook replacement. Your mods will either be new files (eg. views, database migration and seeds for your models, etc.) or changes to existing files (eg. routes.php, filters.php for handling your app logic or composer.json for managing your composer packages). So you're going to need to do some diffing and merging; again, use approaches and tools that are familiar to you for the purpose.

Most recently I went through this process with a commercial L4 app I'm working on. It hadn't received any L4 or composer updates for some time (six+ weeks). So, without using git and on a windows running Uniform server, here's what was done:

In practice the above is quite easy.

In theory you're just a composer update away. I ran into a few gotchas though:

Other issues of note:

So you've carefully gone through the above process, point your browser at your laravel site and it bombs with laravel's colourful exception (whoops) screen? Chances are something's changed in the laravel API. The older the L4 codebase you've been working with, the more likely you are to see this.

Thankfully, given the sterling job done by Taylor and team Laravel, L4's spec and APIs were functionally stabilised fairly early in L4's evolution. Most of the API changes that took place over the last month or so have been cosmetic. Honestly, I ran into very few issues with my updates. The best part is that in many cases the clues to potential problems will come from the diff exercise carried out in step 1.

As example, ./app/config/app.php registers class aliases for most of laravel's classes, so if any of those have been name-changed you'll see it while diffing in step 1. One such example is the HTML:: class facade whose name has been uppercased in the final release of L4 for consistency with other classes (URL:: etc.). So any calls to methods of Html:: in your code (in blade templates based on older L4) will need to be uppercased to HTML::

In cases where changes are more complicated (eg. changes to parameters passed in to framework APIs, or data returned), the exception screen you'll see will indicate the offending call and browsing into laravel's source tree will reveal the API changes. Update your code to reflect these changes and you should be good to go. The best news is that, at least in my experience, nothing has changed radically. Part of Taylor's design goals with laravel have been stablising the API interfaces as early on as possible, making the experience of "being along for the ride" of laravel's evolution as painless as possible.

I'd welcome your experiences on this since mine were fairly painless. Tweet me!

So I've left the easiest to last. You'll possibly receive a warning from composer that it's own script has been updated, along with a very helpful message indicating exactly how to pull it down. So simple that it barely warrants explanation. As a precaution I'd recommend doing this early-on and preferably before performing the updates in step 2 above.

Other useful docs I found with regard to updating can be found at the foot of this blogpost from Jason Lewis. But hey, while you're there, why not read the whole thing and take a look around his site?!

Feel free to contact me with any thoughts or questions. As a final checklist, be sure to check out:

We specialise in wealth management for Doctors and Dentists. Queensgate Studios built a site to showcase us and allow our advisers to regularly inform clients about financial matters which matter to them.

We needed Android support for Flexicall, a system designed around legacy Windows Mobile 6 devices. Queensgate Studios delivered on time and on budget.

As a creative photographer, I wanted a responsive website with a unique style to showcase and sell my work. Seb delivered a beautiful site that also works brilliantly on phones and tablets.