Smartwatches are out of step with the masses 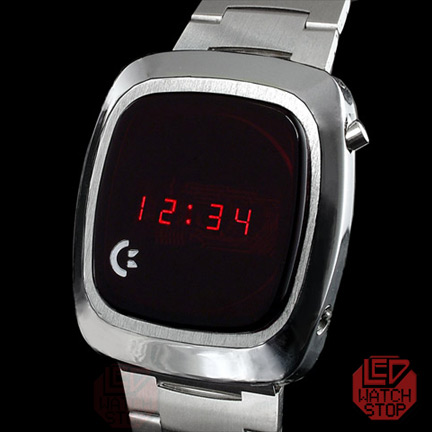 Smartwatches and other wrist-accessories for technocratic hipsters have generated plenty of excitement but poor sales. Apple have been guarded about sales figures and other manufacturers who've invested less heavily in the idea of the next 'world beating' meme see it perhaps as a loss-leader, a device to complement others in their lineup or ecosystem. Pebble, the famous Kickstarter startup, has built a successful niche product through being 'first' and device agnostic with its products, and manufacturers like Fitbit have placed emphasis on the perceived USP of a smart wrist: health & fitness. In recent days, Tag Heuer have entered the race (pun unintentional) with the first smartwatch from a marque of note and a physical quality, they hope, unrivalled in the sector.

Why then, with the excitement surrounding these devices several years ago has success been so limited? Is it another example of idea vs. reality along the lines of video-calling vs. voice-calls? I argue no, and that the answer is staggeringly simple. If I'm right, I predict the Tag Heuer device will have equally disappointing sales to its budget-conscious siblings.

The answer is battery power and default screen-off.

Remember those funky 1970's LED watches? Sure, they had a certain cool in an Austin Powers kindofa way. And, I'm told, still have a tiny following among the die-hard retro community along with Betamax players. But the reasons for their limited (while from memory, greater) success is the same, and this sure looks like history repeating itself. It only adds to the irony that the Apple watch actually looks like those gadgets too.

Here's the thing. First, you look like a bit of a space-cadet wearing a watch-like wrist device with a black screen. Unless you're an athlete or sportsperson it's just not attractive, certainly in the sense that a traditional watch is an attractive piece of unisex jewellery or accoutrement. Worse, if you try to look in any way like a sportsperson or athlete and you're not the real deal, you're gonna be found out. Period. Second, these things munch battery and need charging all the time. Like your smartphone, only worse. That's another charger or charging pad and don't forget or that screen's gonna remain black permanently, making you look even more stupid than you did before. Not to mention of course that your £200+ investment is as useful as your ability to get to the next charging point before the day is done. It's 'In-Time' time, as in the movie, only those clocks are way cooler looking.

Seriously. A watch shouldn't be hassle and a smartwatch, I argue, should be zero hassle if at all possible. Put it on and forget it. In days of old the winding of watches was seen as bearable hassle, yet the machanical watch industry had to respond to quartz/digital's endless battery life by developing sophisticated self winding mechanics. It's a fail of epic proportions because, especially nowadays, people's lives are complicated enough. The remaining market of geeks, hardcore brand-fans and fitness freaks is tiny and clever marketing won't shift that perception.

I've been qualified software designer, programmer, engineer and creative technology enthusiast for 25+ years. I don't have the technical answers because these are largely hardware problems, but I know what needs to be done. First, watches need to look like watches and not like 70's throwbacks (sorry Jony). That's relatively easy: Tag, LG and Moto are all in the ballpark here. Second, the screen needs to be on, clearly and beautifully, all of the time unless it's covered. Not just when you bring your wrist up to look at it, no, all of the time. And lastly, the watch needs to be able to charge itself from your wrist. Kinetically, through body heat, or both. For bonus points, we need the software, hardware and interface to be responsive, zippy and intuitive at all times. Apple probably have the edge here, but Watch 1.0 is way less than desirable. Final bonus points go to the price which is frankly silly for what amounts to a digital watch in an attractive case with the capability to talk to your phone.

Only then will smartwatches start appealing like smartphones did beyond the early Nokias and XDA's: to the masses. Companies will get their sales and smartwatches will be the norm. And then we can all get back to asking whether they really improve our lives, or add to the harvest of personal data gathered by corporations whose motivations barely overlap ours or the evolution of human experience.

We needed Android support for Flexicall, a system designed around legacy Windows Mobile 6 devices. Queensgate Studios delivered on time and on budget.

As a creative photographer, I wanted a responsive website with a unique style to showcase and sell my work. Seb delivered a beautiful site that also works brilliantly on phones and tablets.

We specialise in wealth management for Doctors and Dentists. Queensgate Studios built a site to showcase us and allow our advisers to regularly inform clients about financial matters which matter to them.